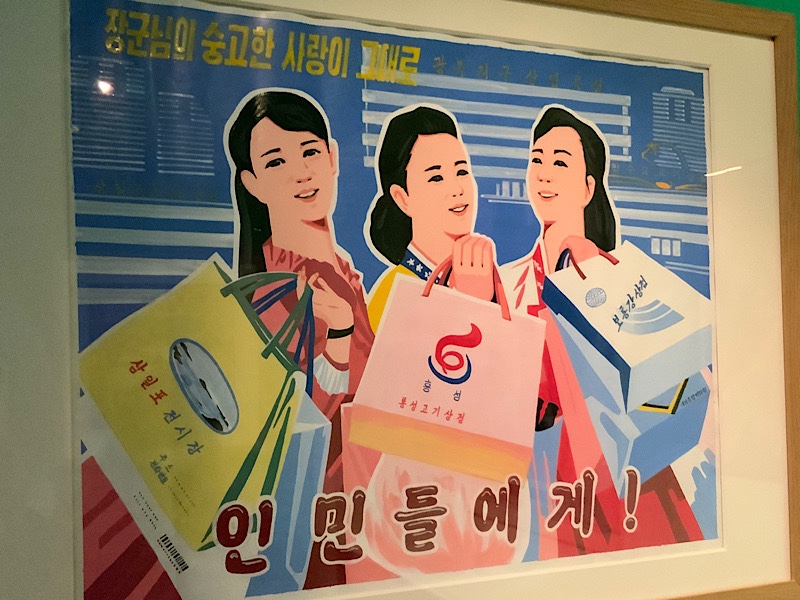 Colour and print inspiration from Hallyu! The Korean Wave Exhibition at the V&A

The rain was pouring down from a dark grey sky in London today, the only highlights being flashes of lightening breaking through the thunderous clouds. In a complete contrast, I spent the afternoon immersed in colour and print at the new cultural exhibition at the V&A, Hallyu! The Korean Wave. The vibrancy hits you as soon as you enter through the dark Victorian doors. Multiple screens playing PSY’s popular Gangnam Style video. The first room gives us some background to modern Korean history and the relationship between the South and the North. The focus of the exhibition is on more recent South Korean popular culture and it’s impact on the rest of the world.

Each room takes the visitor through a different media. Starting with Technology, through to Cinema, drama, fandom, K-pop music, beauty then fashion. Of course fashion is shown throughout the exhibition, including the costumes from the popular TV show Squid Game. The cerise pink boilersuits of the anonymous guards.

Throughout the exhibition there are examples of Korean history that have influenced the designers. Such as this old print novel featuring The Tale of Chunhyang (Sechang Seogwan 1950-59), a love story between a nobleman’s son and the daughter of a gisaeng (highly educated female entertainer and artist). I was drawn to the colours on the illustration.

K-pop hit the music scene in the mid 1990’s. We learned that being a K-pop ‘Idol’ wasn’t a case of chance. The stars are trained for years before they become famous. It is as much about mental endurance as it is physical. This room is stimulation over drive with loud pop videos playing on a cinema sized screen. Mannequins displaying the intricate outfits. A large screen shows a young woman dancing and posing, it was only when I read the notice beside the screen that I realised she was computer generated. It was displacing as she looked so real. I didn’t quite capture it in this video but you get a sense of the loud bright gallery.

I’ve selected my favourite fashion pieces for colour and print inspiration. These exhibits summarise the exhibition for me: Bright colours, modern styles with a nod to the past. I know very little about Korean culture other than friends who have visited Seoul and always had positive stories to tell about the city. The exhibition is highly enjoyable giving a sense of Hallyu and it’s influence in global culture. My friend Sarah was with me and she took away from the exhibition the theme of social inequality that is the basis of the film Parasite and Netflix TV show Squid Game. ”Hell Joseon’ is a popular Korean term comparing the social inequalities, injustice and corruption of contemporary Korea to those of the Joseon dynasty (1392-1910)’

The exhibition is on until 25 June 2023 at the V&A, South Kensington, London. Word of warning, you will leave the exhibition singing ‘Gangnam style’ by PSY.